Construction techs, a "Game of Drones" 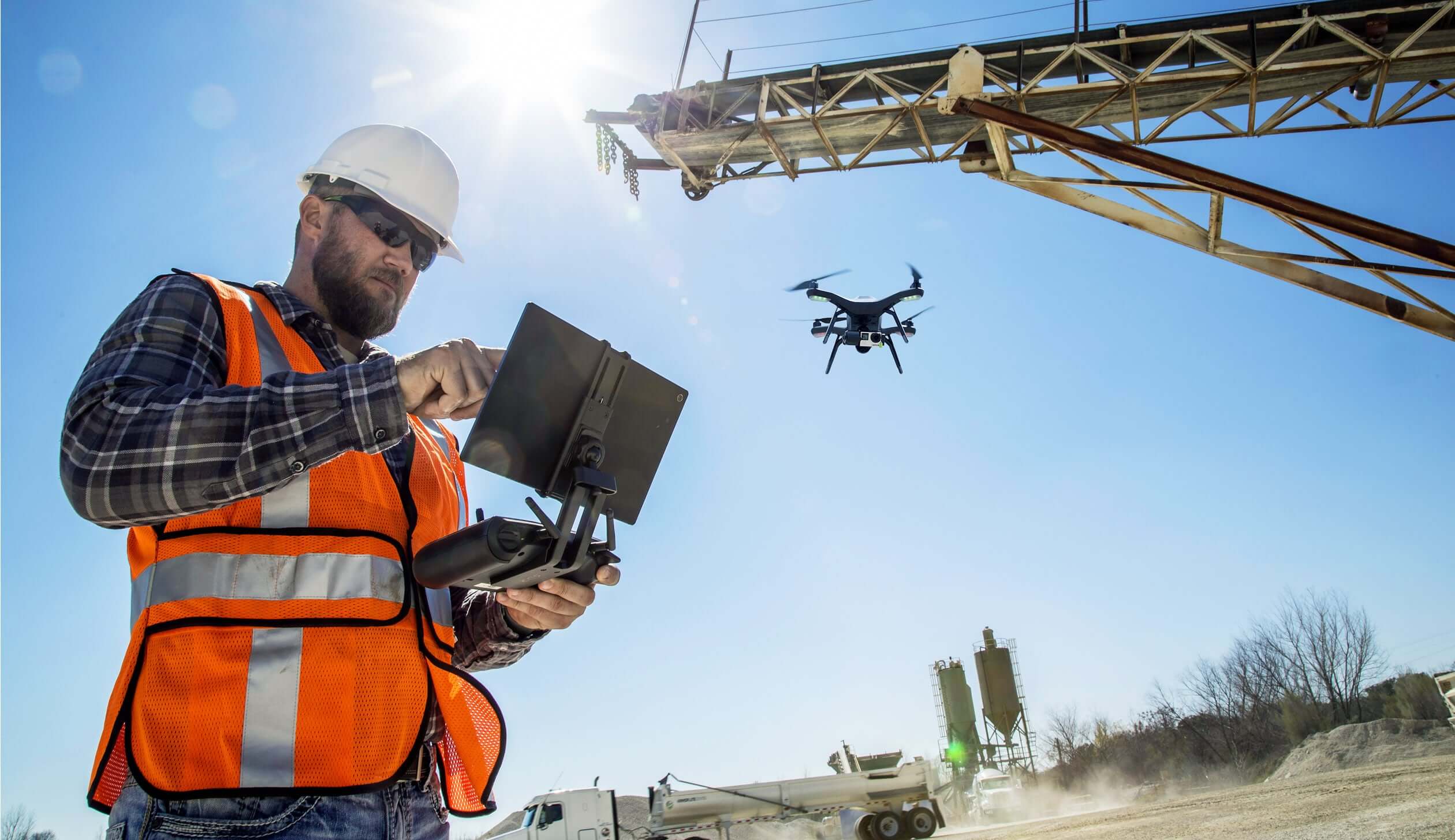 Drones as monitoring agents
This particular use of drones in construction and civil engineering is perhaps the most obvious. While the use of drones raises many ethical questions in “civilian” life, it also solves many problems pertaining to work sites. Outside of conventional surveillance, drones allow us to envision a range of “enhanced” applications. Thanks to their ability to collect images and perform intelligent image processing, the possibility of assessing rubble volumes and precisely tracking the progression of work sites already exists.

Drones as all-purpose inspectors
In closer proximity to building structures, drones are having a transformational effect on inspection procedures. They shrink distances by providing access in record time to remote areas such as pipelines, where their use is becoming more common. They can easily get into confined or dangerous spaces, such as highly radioactive areas. Lastly, drones make it possible for supervisors to avoid sometimes dangerous inspection rounds, such as the tops of wind turbines or lines of endless pylons. In addition, whereas our eyes can only see surfaces, drones can take on sensors of all kinds. Infrared thermal sensors help to identify a building’s slightest insulation defect in a matter of seconds.

Drones from the field to the office
In addition to surveillance activities, drones are called upon as the link between field inspections and various types of 3D modelling. With Advanced Point Cloud Scanning technology, drones can now provide the data needed to build 3D models. This technology is of great value to the democratization of Building Information Modelling (BIM). For builders, this minor revolution makes it possible to save a tremendous amount of time and use measurements of unprecedented accuracy.

Perhaps the worker drone of tomorrow?

With the logistics industry promising delivery drones and the taxi drone edging closer to reality, will civil engineering soon see the democratization of construction drones? That may well be the case. The French company Aerial Coboticus is currently working on flying machines equipped with robotic arms and able to work from the air. Such a futuristic development has already been anticipated by the arts sector. In 2012, the Flight Assembled Architecture project designed by the architectural firm of Gramazio &amp; Kohler in association with Raffaello D’Andrea was already visualizing a large brick structure
built entirely by flying machines!

The craziest construction projects in th...

Construction techs, a "Game of Drones"

On April 15, 2019, as the flames were still ravaging the nave of Notre Dame Cathedral, drones flew o...

WICE Amsterdam: Empowering women in the ...

Finalcad was thrilled to take part in Europe’s Women in Construction event that took place earlier ...